We’re already reaching the end of December and the year after it, and all the doors of the 2019 Boutique-y Advent Calendar are open and long gone. It’s been a fun ride for Ainulindalë and me. And it was a roller coaster, with highs and lows in several directions, whether it be age or rating. Time to do a 2019 Advent Calendar recap.

A good way to try lots of whiskies

Advent calendars are an excellent way for people wanting to try lots of new drams without having to buy full bottles. There are obviously many other ways. You can go to a pub with a nice whisky list or swapping samples with friends. You can also go to a whisky event like Whisky Live or a whisky festival, or to a tasting organized by a liquor shop or a whisky club. Advent calendars with their 12 or 24 different drams are another good and relatively cheap way. This year more than even, tons of whisky advent calendars were available for you to buy, especially from Drinks by the Dram. From a £45 one with 12 drams to… a £9999.95 very exclusive 24 very old and rare drams one (unfortunately not the one we could afford… we’re accepting sponsoring for this one).

As I said, these advent calendars have quite grown in popularity. A few years ago, you just had one whisky advent calendar and one gin advent calendar. You now have quite a few whisky advent calendars, dedicated sometimes to a single distillery, a single country, or only single casks… And for us, it was from a single bottler, That Boutique-y Whisky Company, famous for its large choice of distilleries and its bottles with fun comic-style labels. Ainulindalë and I bought one each for £149.95 though at the time of writing they’re on offer on Master of Malt for half that price, which makes them a pretty good deal.

Now this Boutique-y advent calendar gave us 24 drams from different kinds: bourbons, rye spirits, England and Scotch single malts, single grains, blends, undisclosed distilleries, Irish whiskeys… It allowed us to discover or rediscover some less known and less advertised distilleries like Teaninich or Blair Athol. We were able to enjoy a few old drams from well-known distilleries like Clynelish. We also had to melt our brains on trying to identify the undisclosed distilleries behind the “Islay #3” (though we’re quite sure it’s a Laphroaig) or the “Irish Single Malt” (a Cooley or a Bushmills, but which one?). Finally, we could be surprised and not so sure about the choice of the last dram compared to a few others from the calendar (why the Campus when there were older or more expensive drams in the calendar, and, to our taste, better ones?)

But it’s time to talk about the few drams we want to highlight, so without further ado, let’s get to it!

The drams we liked the less

Three drams scored 80 points or less. It’s not that bad all things considered, since it’s on a hundred-point scale. That just makes me think we’re not harsh enough sometimes when we rate a whisky, please forgive our inexperience and our exaggerated kindness.

Ainulindalë’s lowest was not one of these three mentioned above though, but the Heaven Hill 9yo batch 1, that he gave a 78/100. This dram, which was hidden behind the 22nd window, was probably too sweet for him.

Having two writers on this humble blog, both with their own experience regarding whisky and their own tastes, you’re sure to have disparities in ratings, and that’s a strength for our blog: what would be the point of having two people writing exactly the same thing?

The whisky having the biggest gap between Ainulindalë’s rating and mine was the undisclosed Islay #3 13yo batch 4 (probably a Laphroaig), as Ainu’ rated it 91 and I gave it only 80. I couldn’t get past the smoke hiding everything else and thought about the poor official Laphroaig 10, while Ainulindalë was able to see through the smoke I guess.

The second whisky with the biggest gap was the Tomatin 11yo batch 4, which was antepenultimate and which we already talked about above.

Finally, the third-biggest gap was for the Blair Athol 21yo batch 5, that I gave an 84 while Ainulindalë rated it 91. I thought spices were a bit too overpowering and hiding the other flavours, while Ainulindalë was able to access the bowl of fruits hidden behind the spices wall.

Our top three four of the calendar

Now it is time to reveal our top three, and this time we’ll start from the bottom. In fact it will be a top four, as we have two drams sitting equally on the third place.

With an overall rating of 87.5, we have the Blair Athol 21yo batch 5 and the Clynelish 21yo batch 7. Though very spicy, I still enjoyed the Blair Athol and with Ainulindalë loving it, it rose to a very good rating of 87.5. As for the Clynelish, the gap between our ratings was way smaller as I gave an 86 and Ainu an 89. I was expecting a bit more from that Clynelish I thought was a bit shy, but it still was a very good one. As for Ainulindalë, he was surprised by the ashy side but loved it nonetheless.

With an overall rating of 88, we placed the excellent Blended Malt 22yo batch 3 on the second place of the podium. With 87 from me and 89 from Ainulindalë, we both loved the complex flavours, the fruitiness, the spices not overpowering and the general balance. A higher abv would probably have helped get a few extra points.

Finally, with an overall rating of 91.5 and a clear difference from the rest, Ainulindalë and I both placed the Ben Nevis 21yo batch 8 on top, with the higher rating for both of us: 90 for me, 93 for Ainulindalë. This Ben Nevis was everything we love: richness of the nose, richness once again on the palate, lots of flavours well integrated, perfect for the Christmas season. This Ben Nevis was on another level and would have been worthy of the final door of the calendar. 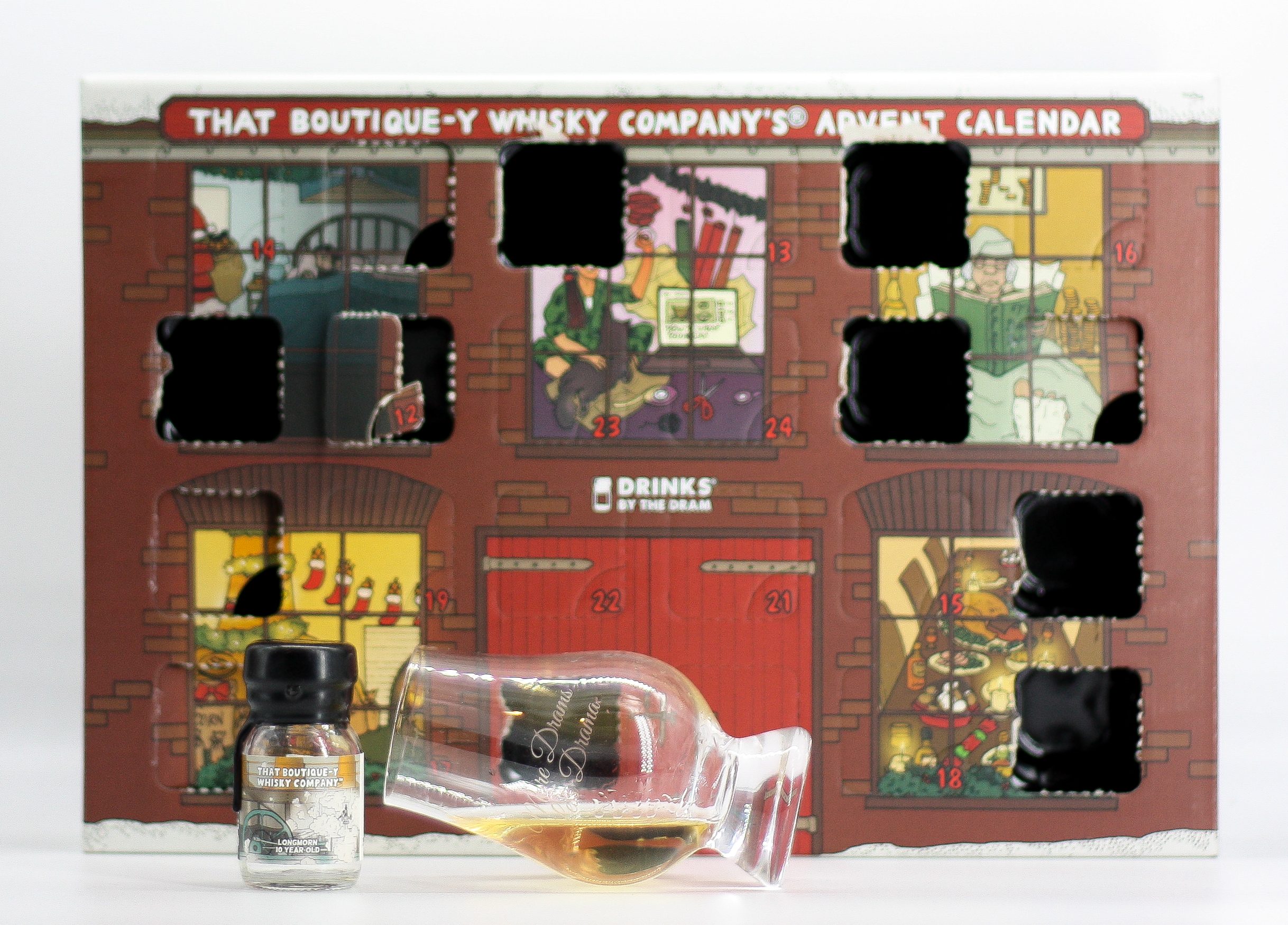 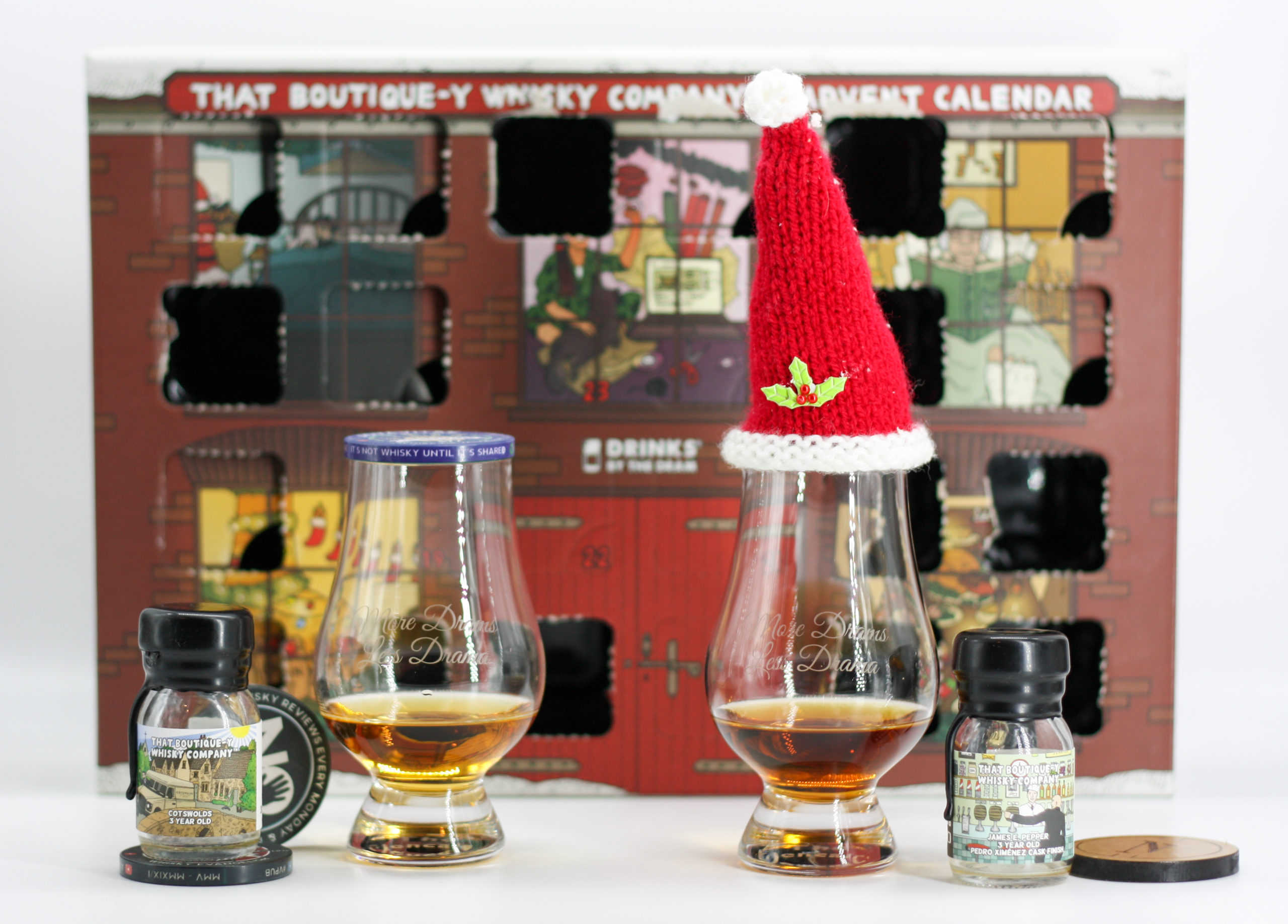