Time for another Tweet Tasting! Today, I had the chance to be able to join yet another Tweet Tasting. This time the distillery taking the place of honour was The Glenturret. As usual, we received a pack of samples, the packaging containing this time 4 samples and a beautiful tumbler glass. But let’s talk a bit about Glenturret’s history before reviewing the drams we tasted this evening.

The distillery sits on the banks of the River Turret in a pretty glen near Crieff, in Perthshire. This shire is located in the Highlands, about an hour by road from Glasgow and Edinburgh. There are records of whisky making in the neighbourhood at least as early as 1717 though the distillery was officially founded in 1775, some of its buildings on the present site dating from that very year. The label on their bottles says 1763, though, as investment in academic research under their new ownership, from contracts of sale to following signatures, they uncovered a rental document from 1763. This document confirms their existence in 1763, but t also points to a pre 1763 existence. Anyway, around that time let’s say, some whisky smugglers established a small illicit farm distillery by the name of Hosh Distillery (Hosh being the Gaelic for ‘foot’). Quite strange that an illegal operation would have a name. In 1818, however, the distillery became licensed and John Drummond began making whisky. In 1826, a new distillery in the vicinity was created under the name Glenturret, but was decommissioned by 1852. In 1875, having survived the trials of the 19th century unlike many small distilleries in the same shire, Hosh Distillery took over the name Glenturret while Thomas Steward became its manager.

However, the distillery didn’t survive the troubled times after the First World War for long and was dismantled in the 1920s. It was silent until in 1957 James Fairlie acquired the distillery. He built a new plant in the old buildings and bought the stills and mash tun from Tullibardine as it was being refitted. And in 1960, Glenturret began running once more. Fairlie also saw the potential in whisky tourism and opened a visitor centre, being only the second distillery to ever do so.

The French spirits group Rémy Cointreau bought it on 1981 until 1993, before joining what was then Highland Distillers, now known as Edrington. In 2002, Edrington completely transformed the visitor centre to The Famous Grouse Experience at a cost of £2.5 million. A proportion of Glenturret was said to be included in the recipe for The Famous Grouse, however, considering the size of the distillery (with a capacity of 340 000 litres of pure alcohol per year) and the sales of the Grouse blend, I doubt it’s a very important proportion!

In 2018, Edrington announced that Glenturret, along with Cutty Sark, was up for sale. Cutty Sark went to La Martiniquaise (which owns Glen Moray for example) while Glenturret was sold to Glenturret Holding, a joint venture between the luxury goods business Lalique Group (known for example for its decanters) and Swiss entrepreneur Hansjörg Wyss, Lalique’s second-largest shareholder. Lalique paid £15.5m for 50% of the distillery, including one million litres of maturing stock. That was obviously the end of The Famous Grouse Experience. The new owners launched earlier this year the new range we’re tasting today, and these whiskies were overseen by Bob Dalgarno, the master blender, and Ken Grier, the strategic consultant, who worked both for Macallan before (Dalgarno as Master Distiller and Grier as Creative Director).

The new range is comprised of four core expressions: Triple Wood, 10-year-old Peat Smoke, 12-year-old and 15 years old, as well as two older releases, a 25 and a 30-year-old expressions, though in very scarce quantities. The packaging was revamped for the occasion and I must say I quite like these new bottles.

For this Tweet Tasting, as I said earlier we received a pack with a beautiful tumbler and four samples, containing respectively some new make, and three of their core range expressions: Triple Wood, 10-year-old Peat Smoke and 12-year-old. To provide information and details, we were joined by their brand ambassador, Jamie Morrison.

The first sample we had for the Tweet Tasting was some new make spirit, at the usual cask filling strength, i.e. 63.5% abv. Not much else to say about it, so let’s dive in.

The nose is unsurprisingly “new makey”, meaning on malt and cereals. There is also some grassy (think freshly mowed grass still wet after a rain) and floral notes (I’m bad with flowers. Red ones?), with something mossy too. Finally, there’s a strong fruity presence, with apricot, peach, mango, unripe bananas and maybe even papaya. With a few drops of water, the malty side is even more present.

With a slightly hot arrival, a first sip gives you a really coating mouthfeel, with an oily and waxy texture. Malt is quite present as it was freshly distilled, and the new make is quite spicy, think pepper and chilli pepper. A nice sourness of lemon, grapefruit and dark coffee give a welcome freshness and even a prickly feeling on the tongue. Reduction unlocks chocolate and reinforces the coffee, while definitely not toning down the peppery side!

The finish is long, with lasting notes from the palate of black coffee, dark chocolate and pepper, with a slightly drying effect on the cheeks.

It is always a good experience to taste a distillery’s new make as it allows you to discover the distillery signature before it’s modified and sometimes lost by the maturation in wood. Here we have an easily drinkable new make, with a grassy and fruity fresh nose and a punchy and tasty palate. Wood and time will have to tone down the pepper a bit, but even as is, it’s really easy and nice to drink.

Second dram of the evening, the Glenturret Triple Wood 2020 Maiden Release (that’s the only time I’ll write “2020 Maiden Release” elsewhere than in the title, it’s a bit too long a name, don’t you think?) is a non-age statement expression matured, as its name states, in three types of wood: European and American sherry oak casks, as well as ex-Bourbon casks. It is bottled at 43%, chill-filtered as it’s usually done when bottled at this strength, but uncoloured. A bottle will cost you around £47 in the UK (at the Glenturret shop for once, but TWE and Tyndrum will also have it for a few pence more) while it doesn’t seem to be available in France yet. Seems to be sold under 40€ in Germany, though.

The nose is a bit shy at first. Faint wood notes, with a sweet toffee aroma, apricot dipped in caramel, custard-filled cake, then allspice before getting a fruit explosion of orange and pineapple.

The arrival is a bit thin, unfortunately, due to the low abv (at least it’s not 40%!) with bitter notes of lemon tea and quite a lot of wood. There’s also some spiciness with a bit of ginger and cinnamon, and a pinch of black pepper. Afterwards, it becomes floral (thinking nasturtium petals), with hints of liquorice, menthol and aniseed.

Quite long, sweet and fresh, fruity, with the wood still here but in the background.

This entry level NAS hides its probable youth with a lot of wood and a slightly too low abv. While there are still smells and flavours to find, the nose stays a bit shy and the palate a bit thin due to the lack of a few percent abv.

The third whisky in our tasting was the 10-year-old Peat Smoke. Glenturret was already using peat dug from Octhertye Estate in the early 1800; thus it’s logical for them to offer a peated expression in their core range. Non-chill filtered and uncoloured, it was produced using a spirit ratio of 75% peated (somewhere around 30 to 40 ppm) and 25% non-peated, and matured in a combination of European oak, American oak hogsheads and refill butts before being bottled at a generous 50% abv. It will just cost you an additional fiver compared to the Triple Wood, as The Whisky Exchange will sell you one for £52.45 in the UK, while it’s not available either in France, and between 39 and 43€ on some German websites that unfortunately cannot ship it to the UK or France anyway.

No doubt, peat was involved! Wood smoke, citrusy and fresh, this starts really well. Slightly salty, it also delivers vanilla and honey on the nose, Band-Aid plasters, and the feeling of walking inside a forest by the sea. It also makes me think of gin, maybe a juniper note? Reduction didn’t change much the nose, maybe a tad sweeter.

Surprisingly light arrival for a 50% abv, the alcohol doesn’t bite you at all. Soot, heavily charred oak, with a lasting sourness of roasted lemons, coffee grounds, grapefruit juice and ginger. The alcohol is very well integrated, it absolutely doesn’t require water. After a while, chocolate and ash appear. Water makes it slightly more peppery.

Medium long on lemon, bitter orange, oak char, with a lasting warmth in the throat.

This. Is. Good. If you’re a regular reader here, you know I’m a peat head. But well, as I’ve already said, peat is God’s way to tell us “I love you”! This is good, this is fresh, this is complex with lots of layers and flavours to pick, a longer and calmer sitting with this would make me probably write twice longer notes, but for once I don’t want to publish this blog post too long after the tasting. Anyway. It’s cheap, while the Triple Wood might have been a bit expensive for what it offered, the five additional pounds here make you jump to another level. Definitely worth the price.

The last dram of the evening was the 12-years-old, sitting in the middle of their core range. It was matured for 12 years in a combination of European sherry butts and European hogsheads, but it also includes whisky from undisclosed non-sherry casks. This expression is bottled at 46% without additional colouring nor chill filtering. The Glenturret shop will happily sell you one for £60 while The Whisky Exchange will ask almost £65 for a bottle. In France, there’s a liquor shop in Tours that seems to be selling it for 61.40€ called La Part Des Anges (The Angels’ Share).

That’s European oak for you! Sherry notes of fig and dark fruits appear, but there’s also a slight citrusy side to it. Vanilla extract and caramel make you think American white oak was involved too. This is also slightly estery. Spices, cola flavoured sweets and dunnage warehouse.

Spicy and citrusy with oak in the background, medium length.

The “wood bill” added to the new make some depth and some typical and rich sherry notes. Nose and palate here tend to make this a Christmas dram, though honestly, don’t try to make me believe you wouldn’t drink that every other day of the year. It might have been a bit better with a slightly higher abv, though. Blind I would have said here it was bottled at 43% abv.

Once again a really good and fun Tweet Tasting. Jamie Morrison gave us lots of additional information (for example, the fermentation is 90 to 100h long, the mash is done by hand, they use Douglas Fir pine wood washbacks…), and the four drams were quite enjoyable. Delicious new make, the Triple Wood NAS is… definitely an entry-level expression, but the 12-year-old is quite good, and the 10yo Peat Smoke is a belter with a very low step up from the Triple Wood regarding price, but quite a big one regarding what it delivers. My pick of the event.

As usual, different people may have different opinions, so I encourage you to read what others have thought and written about those drams. My dear friend Wim @dram_gazette has also reviewed the new make, Triple Wood, 10yo Peat Smoked and 12yo, and Jeroen from WhiskyOss also published a review of those drams. 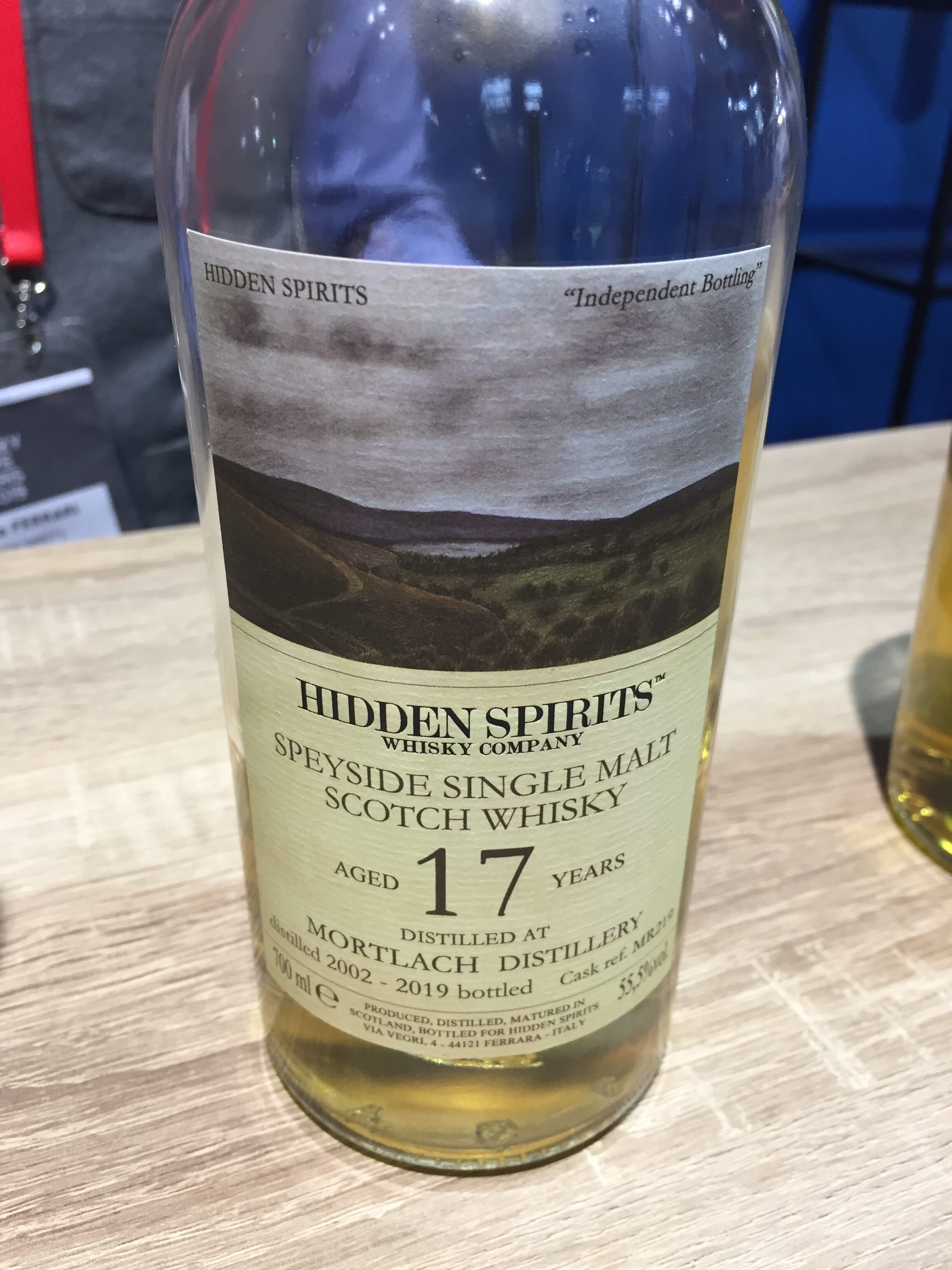 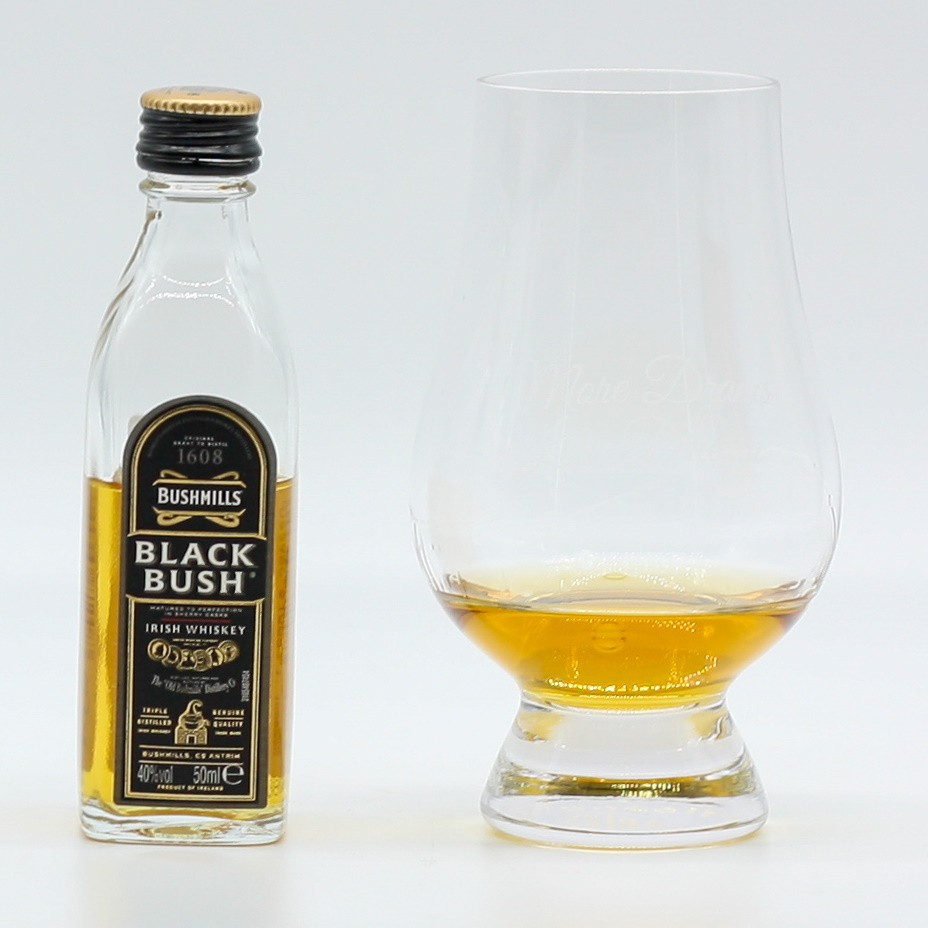 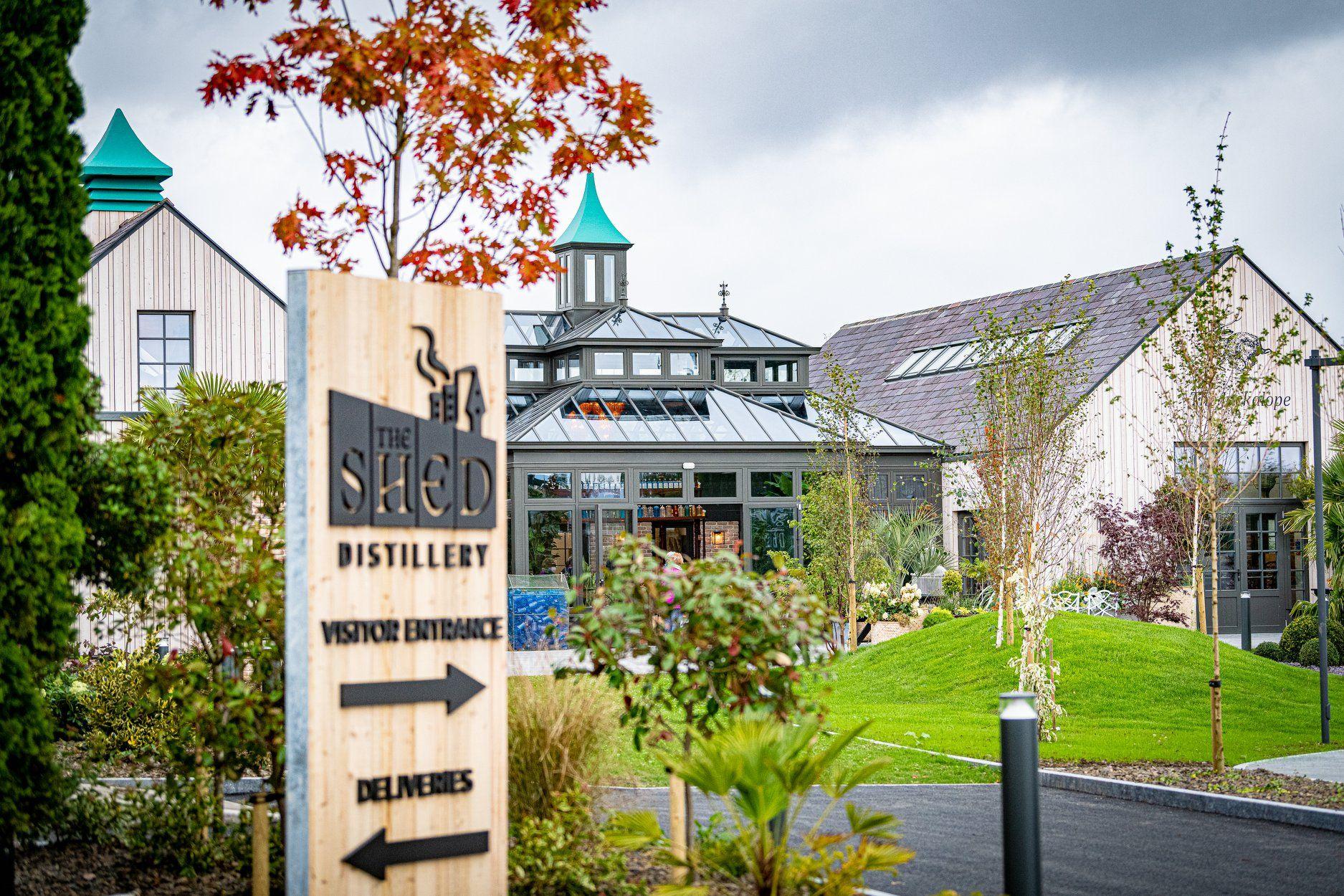